Father’s Day is right around the corner. That also means that the 2nd major of the 2018 golf season is rapidly approaching us. This year the U.S. Open is being held at Shinnecock Hills, located in Southampton, New York. This course has an old school links style layout and was rated the number 4 golf course in Golf Digest’s Top 100 Golf Courses in America. Golf Digest has a great description of the course, along with some incredible pictures here. 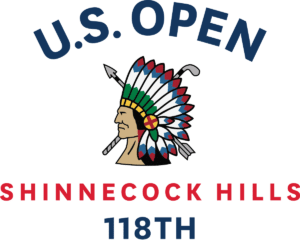 The last major that was held at Shinnecock Hills was back in 2004. In this event Retief Goosen won the U.S. Open at -4. However, in looking back at the tournament, it was Phil Mickelson who stole the spotlight for all of the wrong reasons. There is an article that recently came out that describes what happened to Phil Mickelson on the 17th hole on that dreadful Sunday in 2004. The article can be found here, and is an awesome read on a secret that Phil has kept to himself for over a decade, until now.

For the 2018 edition of the U.S. Open there are a couple of players that I am going to be looking out for:

I know what you are thinking, who the heck is Garrett Rank?!? His backstory is very interesting. The cancer survivor is a full-time NHL referee who officiated 73 regular season NHL games this year. Being around the best players in the NHL and the PGA Tour is a pretty incredible accomplishment!

Of course we are going to talk about Tiger Woods. Tiger’s return has been full of ups and downs, but, his return to golf is great for the game as a whole. The one thing Tiger needs to work on would be his consistency. He hasn’t put together 4 complete rounds of golf in a tournament since his return back on the PGA Tour. Being able to put the ball in the fairway on a consistent basis and rolling in a couple of key putts to get the crowd rumbling is a great starting point for Tiger to make a run at catching up to Jack.

This is my pick to win the 2018 U.S. Open. I think he has the complete game to come out and win this tournament. The key for him this week will be his ball striking. If Rose can get his irons dialed in this week he can make some good birdies and pars on this golf course to get his confidence up. A confident Justin Rose on a golf course where saving pars is at a premium is a bet that I would take.

Regardless of who ends up winning the U.S. Open, I think this will be a very competitive tournament. One of my favorite aspects of the U.S. Open being held at this course is that scoring is going to be held at a premium. I’m not expecting a ton of incredibly low scores and wouldn’t be shocked if 4 scores in the upper 60’s wins this tournament. I love watching a tournament where the guys on tour struggle; it almost makes them seem human. Almost.