Is Tiger Woods back on the prowl?

Let’s get this straight – “Back on the prowl” can mean two different things in this case: 1) Tiger is out looking for “love” again after the recent announcement that he and Lindsey Vonn have dissolved their relationship, or 2) Tiger can again be considered a contender on the PGA TOUR, including the three remaining major events this year, of which he hasn’t won since the 2008 U.S. Open at Torrey Pines on a broken leg. 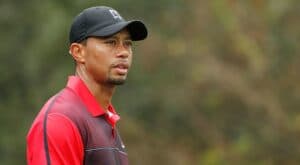 Before I can make a decision on which direction I think Tiger is headed, let’s exam each case.

Let’s first look at Tiger “prowling” for female companionship. Since Thanksgiving Weekend, 2009 when Tiger was knocked down off his very tall pedestal by now ex-wife Elin Nordegren, followed by numerous accounts of “lady friends” that claimed to have relations with Tiger while he was married to Elin, Tiger has in-large been very docile in this department. The only significant news since that fiasco was his announcement that he and Lindsey Vonn were a couple. Admit it, you couldn’t wait to see breaking news that Tiger cheated on Lindsey; but it never happened (that we know of). I confess that when I saw on Facebook yesterday that Tiger and Lindsey were done, I was hoping for a juicy story of infidelity. As it turns out, they both simply lead too hectic of lives and didn’t get to see each other much. Boring!

So is Tiger “back on the prowl” for female companionship? I think so. I think he misses living life at a faster pace, and the rush of meeting different women in different cities. I don’t expect Tiger to settle down right away – I think he’s going to explore his many, many options.

Let’s look at the other “prowling” scenario – Tiger being back in contention on the PGA TOUR. After an injury-plagued 2014 season, he opened the 2015 season with dismal performances at the Waste Management Phoenix Open (missed cut) and the Farmers Insurance open at Torrey Pines (withdrew, citing that he couldn’t activate his glutes). Tiger was so bad; he could barely chip the ball onto the green! After seeing this, I thought Tiger was done forever.

To my pleasant surprise, Tiger committed to improving his game, and had a very respectable showing at the Masters. For someone who had the chipping ‘yips’, playing Augusta National had to be terrifying! However, Tiger looked very confident around the greens all week with several up-and-downs on some of golf’s toughest putting surfaces. Sure, he struggled off the tee throughout the week, but that’s Tiger – he has always struggled off the tee.

Just recently, Tiger announced a pretty hefty 2015 tournament schedule (hefty for Tiger standards), which proves that he is committed to get back to his winning ways, and seems quite confident in his ability to do so.

So, which “prowl” is Tiger on – female companionship, or winning tournaments? I think it’s both, and I believe that they are mutually dependent on each other. The more Tiger plays and contends, the higher his stock becomes for potential female mates. And I think the more promiscuous Tiger is, the better he is going to play golf. Since Tiger has been forced to live a docile lifestyle, his golf game has gone in the toilet. I think by rejuvenating his social life, Tiger’s golf game will elevate as he will have his cutting edge mentality again. He will be reminded of the good old days: women, parties, trophies, and money.

At this point, I think there is only one thing missing – former caddy Stevie Williams. Maybe a reunion is in the near-future?