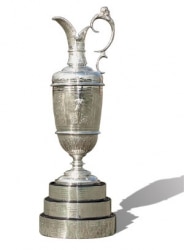 With Jordan Spieth in position to make golf history by completing the “Grand Slam” (winning all four majors in the same calendar year), many are questioning his decision to play in the John Deere Classic in Silvis, Illinois the week prior to the British Open that kicks off July 16.

You may have noticed that traditionally the PGA TOUR event held the week prior to a major championship doesn’t field many top-tier players as the majority of them are already at the major venue practicing and “settling in”. This is especially true with the John Deere Classic as the top American players head to Europe a week early to get acclimated to the course, time change, and weather conditions.

However, the John Deere Classic holds a special place in Spieth’s short but illustrious career as that was his first PGA TOUR professional win in 2013 at the wee age of 19 years. Spieth verbally committed at the beginning of the 2015 season to participate in the John Deere Classic; if Spieth would have known that he had the opportunity to win the Grand Slam, maybe he wouldn’t have committed to playing the John Deere. However, Spieth’s keeping his promise definitely shows that he is indeed a first-class competitor. His decision to play in the John Deere is potentially a huge financial help to the tournament itself as it has been starved of megastars since it was placed on the calendar right before the British Open years ago.

The $1.8 million dollar question (that’s the 2015 British Open winner’s payout) is, “Does Spieth playing in the John Deere Classic affect his chances to win the British Open, and continue his run at the Grand Slam?” While most traditionalists would say, “Yes, his chances decrease playing in America the week prior to the British,” others disagree. One of those is Tiger Woods, who said, “I think it’s great for him to play, get the playing feels, keep the playing feels going. Whether you’re playing here or overseas, doesn’t really matter. Long as you have your feels. Feels travel.” While it’s relatively ironic that Tiger never plays a week before a major, it’s safe to assume that he knows a thing or two about winning a major golf championship.

While Jordan doesn’t have any professional experience at St. Andrews (host site of the 2015 British Open), he played The Old Course in 2011 with his Walker Cup teammates on his way to their match in Aberdeen. He reportedly was 5-under par through 12 holes at St. Andrews, taking thorough notes as he went. Not bad for seeing one of golf’s most difficult tests for the first time at age 17.

Personally, I think Spieth will contend and finish in the top-10, but will not win the 2015 British Open as I am predicting Rory McIlory to take home the Claret Jug. However, I do not believe that Spieth playing in the John Deere Classic will be the reason he won’t win. While Speith is a very talented player, the odds simply aren’t in his favor to win three majors in a row.