Ryder Cup week is finally upon us – my favorite week every two years! It’s Europe’s turn to host the 2018 event, which will be held at Le Golf National, just southwest of Paris, France. The weather forecast looks great in Paris for this weekend – mostly sunny with temperatures in the upper 60s with light to moderate wind speeds. Let’s look at the Ryder Cup 2018 teams and personal predictions.

On paper, the American squad looks to have the advantage over the Europeans. According to vegasinsider.com, the USA team is a -160 to lift the Ryder Cup in 2018 (that means you would need to bet $160 on USA to win $100). With a USA team returning half of the 2016 players who won decisively 17-11 at Hazeltine, it’s tough not to think they will win again. In fact, it seems as if the 2018 team has even more firepower, adding birdie-making-machines such as Justin Thomas, Tony Finau, Bubba Watson, and Tiger Woods, all of whom weren’t on the 2016 squad.

However, don’t count out the European team. While they may not have the weapons that the Americans have, there are two key factors that are going to play into their favor.
1. Home course advantage. This is huge on several levels. First off, the obvious factor of the crowds who will be heavily in favor of the Euros. Second, Le Golf National is a regular stop on the European Tour, annually hosting the French Open; therefore the European players are very familiar with the layout. Lastly, Ryder Cup Europe (the governing body for European Ryder Cup) gets to set up the course. To combat the long hitting Americans, expect Le Golf National to have very narrow fairways and extremely thick rough. This will put a premium on accuracy and shot-making, both of which the Europeans tend to have a better knack for.
2. Experience. While some of the European players who earned their way onto the team may not be household names (i.e. Alex Noren, Tyrrell Hatton, and Thorbjorn Olesen), captain Thomas Bjorn selected four very experienced players as his captain’s picks. These players include Paul Casey, Sergio Garcia, Henrick Stenson, and USA-killer Ian Poulter . In fact, Poutler has the best Ryder Cup winning percentage of all-time (.722) among those who have played at least 15 matches.

We are looking at two very differently built squads. On one hand we have the American team full of firepower, and on the other a crafty and experienced European team. In year’s past my money would have been on the Europeans in this scenario. From 1995 through 2014, a total of ten Ryder Cups were played, with Europe lifting the Cup in eight of them (USA never won in Europe during this stretch). While USA generally has more talented players, it has been the lack of team chemistry that has plagued them. Egos were high for the Americans, with an emphasis on the individual, not the team.

However, the “new breed” of American players implores more camaraderie, led by Jordan Spieth, Rickie Fowler, and Justin Thomas. Even Tiger Woods has come out of his inner-bubble, spending time off of the course with many of these players. This new attitude lends itself to success in a Ryder Cup format where you need to lean on and trust your teammates, which is something that was missing from the Americans for almost two decades. 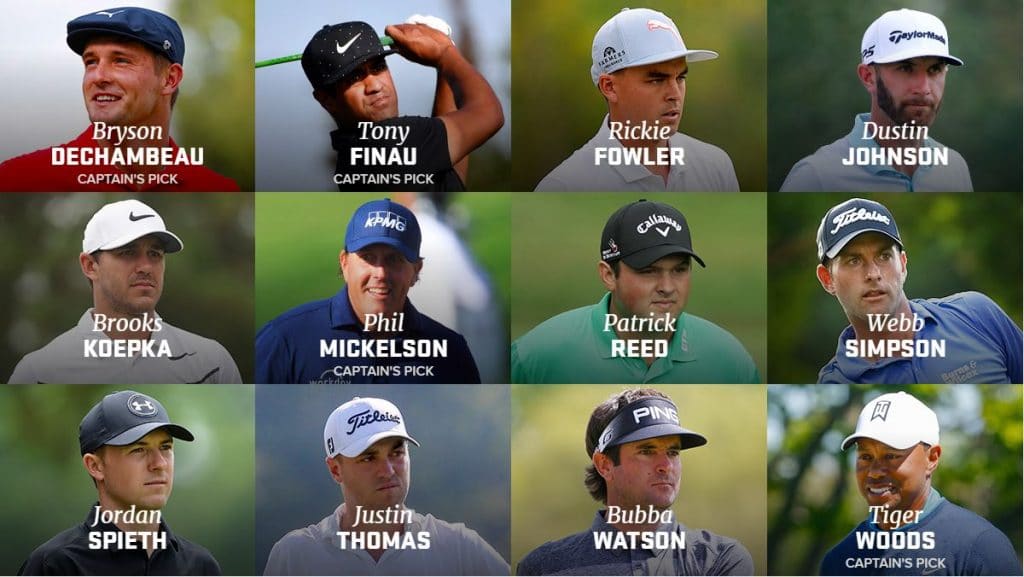