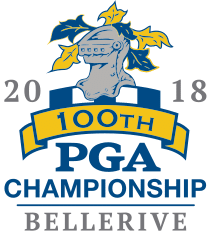 One of the most interesting parts of this course is that it uses Zoysia grasses in the fairways and rough. Many of the courses that are played on tour don’t utilize this grass, so, this could be an interesting factor going into the week. Zoysia grass is starting to become more prevalent in this part of the country as it can withstand a wide variety of weather conditions throughout the year. Most courses in the southern part of the country use different types of Bentgrass, as those perform well in warmer climates.

Going into this tournament I have my eyes on a couple of players:

Justin Thomas
JT has found his golf game after missing the cut at The Open. A big win last week got him back on track heading into the final major of the year. A big difference maker for him getting out of his funk has been a change to his driver. Justin has switched over to Titleist’s TS3 driver and hasn’t looked back since that time. If he can dial in his driver this week we could easily see him win back-to-back weeks.

Jordan Spieth
Jordan is trying to become the youngest player to win the Grand Slam since Tiger Woods. I don’t think he needs any more motivation heading into this week.

Tony Finau
Tony Finau has had an interesting year so far. He started the first major of the year at Augusta by dislocating his ankle celebrating a hole-in-one. Other than that hiccup, he has been around the top of the leaderboard on major weekends throughout the year. His worst finish at the majors this year was actually at The Masters where he finished T-10. Other than that he finished 5th at the U.S. Open and T-9 at The Open Championship. If he can piece together 2 solid weekend rounds I wouldn’t be surprised to see him walking away the winner of the 100th PGA Championship.