Ahhhh… fall is around the corner – my favorite time of the year! As with most people who live in the Midwest, I enjoy the cooler temperatures and the gorgeous color show of changing leaves. However, there is one thing that fall brings that really gets me excited – football season. Don’t get me wrong, I love watching the PGA TOUR players bomb 300+ yard drives and sink 30 foot putts to win tournaments all summer; but there is something about watching football that really gets my juices flowing.

Being in Lake Geneva, Wisconsin, we are in an area that has a relatively obscure situation for our NFL fan base. On one hand, being in the Cheesehead state, we naturally have a lot of people who root for the Green Bay Packers. On the other hand, with Chicago only 90 minutes away, the Bears presence is equally as strong.

This geographical rivalry makes for some fun banter amongst the fans. As of late (circa Brett Favre), the Packers fans have had a lot more to gloat about. However, since their rivalry began in 1921, the all-time regular season series is 96-94-6 (96 Packers wins, 94 Bears wins, and 6 ties). In fact, this is the first time in history that the Packers have had the all-time series lead over the Bears, a result of two Packer victories over the Bears last season. Historically, Da Bears have dominated the series. On two occasions (1960 and 1992), the Bears led the all-time series by as many as 24 victories.

While the Packers have a brighter short-term future with Aaron Rodgers at the helm, the tides may turn in a few years as Green Bay doesn’t appear to have an heir apparent for Rodgers. The Bears, who drafted QB Mitch Trubisky second overall in the 2017 draft, are definitely gearing up for the long term.

The 2018 NFL opening weekend is September 9th, and wouldn’t you know it, the Bears and Packers play each other in the Sunday Night Game!

To celebrate the occasion, Hawk’s View will be hosting our “Putts and Pints” event that evening, Sunday, September 9th. From 5:30-6:15pm, our PGA Director of Instruction Gary Brooks will be hosting a putting clinic to teach you how to putt more like the players we awe at on TV. Following the clinic, Lakefront Brewery (Milwaukee, WI) co-founder Jim Klisch will be conducting a tasting of six delicious Lakefront beers; each participant will also bring home a sampler pack of six 12oz. bottles of beer from the tasting. The beer tasting will end at approximately 7:30pm, just in time for kickoff of the Bears/Packers game! With four large HD TVs and comfortable seating, Hawk’s View will be the perfect place to cheer on your team (of course, both Packers and Bears fans will be welcome). The cost per person for the putting clinic, beer tasting, and six-pack to bring home is only $29!

For more information or to register for the Putts and Pints event, Click Here

Golf. Beer. Football. That sounds like a perfect Sunday evening! 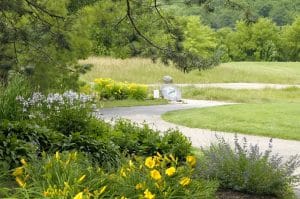 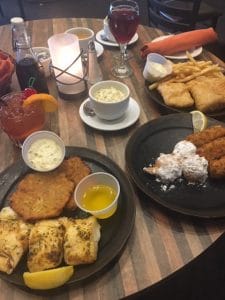